Oleh www.ojasjobs.com
Sunday, November 17, 2019
Join WhatsApp Group
The government is planning to set a minimum price for voice calling and data to help the telecom sector recover from severe losses. Telecom companies Vodafone-Idea and Airtel have been ordered to pay hundreds of crores of rupees to the government following a Supreme Court decision that came three weeks ago. As you can tell, the 14-year-old AGR dispute has caused huge losses to two major companies in the country. The government has been churning out these telecom companies for several days now. According to a report, the telecommunications ministry is considering setting a minimum price for voice and data for telecom companies. 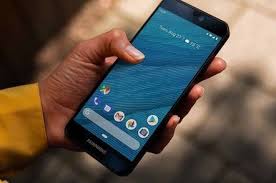 The government believes that for the last few years telecom companies have suffered losses due to free or very cheap voice and data tariffs. So the cost of the spectrum and the license is also higher. This has led to the loss of telecom companies. Vodafone-Idea and Airtel, the country's two largest telecom companies, lost a total of Rs 74,000 crore in the last quarter. The secretary's committee is considering a huge loss to determine the pricing for the calling and data.

Sources add the DoT, in its consultation paper, will seek to asses multiples points, including the minimum charge that should be set, the rationale and the financial benefit it will have on telecom operators.

On Thursday, Vodafone Idea said it plans to sell its 11.15% stake in mobile mast operator Indus Towers once its merger with Bharti Infratel receives regulatory clearances.

Bharti Airtel's MD and CEO, India & South Asia, Gopal Vittal said: "We continue to engage with the government and are evaluating various options available to us."

"We are hopeful that the government will take a considerate view in this matter given the fragile state of the industry," Vittal said.
Analysts on average expected Bharti Airtel to report a loss of 11.16 billion rupees for the three months to the end of September, according to Refinitiv data.

Singtel is the biggest shareholder in Bharti Airtel, with an effective stake of about 35%.
Tag : other