The Union Ministry of Health and Family Welfare on Saturday said a total of 298 cases of coronavirus have been reported in the country so far. Of the total number, four people have died and 22 others have recovered. The numbers indicate 98 new cases over 24 hours, with the growth rate almost doubling since over the same period on the last instance when 50 new cases were reported on Friday. India had reported 50 fresh cases then, the highest in a day, taking the tally to 223 on Friday. Luv Agarwal, Joint Secretary in the ministry, said 111 laboratories across the country will be tunctional from today. 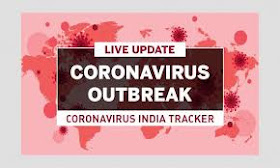 DigiLocker is a key initiative under Digital India, the Government of India's flagship program aimed at transforming India into a digitally empowered society and knowledge economy. Targeted at the idea of paperless governance, DigiLocker is a platform for issuance and verification of documents & certificates in a digital way, thus eliminating the use of physical documents. The DigiLocker website can be accessed at https://digitallocker.gov.in/.

Iran has announced another 123 deaths from the new coronavirus, bringing its overall toll to 1,556 amid 20,610 confirmed cases. The health ministry announced the latest figures Saturday. Iran is struggling to combat the worst outbreak in the Middle East, and has faced widespread criticism for its slow response.

Novel coronavirus cases in India rose to 271 on Saturday after fresh cases were reported in various parts of the country, according to the Health Ministry. Among these are 39 foreign nationals, including 17 from Italy, three from the Philippines, two from the UK, one each belonging to Canada, Indonesia and Singapore. The total figure also includes four deaths reported from Delhi, Karnataka, Punjab and Maharashtra.

Who wants to risk loss or damage of vital documents such as driving licence, voter ID card or education certificates? Now keep all such documents safely inside your house and carry the e-copies easily on your phone using the DigiLocker mobile app.

The road transport and highways ministry has written to state transport departments to treat e-copies of driving licence and vehicle registration certificates in the DigiLocker or mParivahan app as valid documents on par with the original ones. However, sometimes the traffic police or the motor vehicles department do not treat such documents as valid. This happens particularly in cases where someone has broken a traffic rule for which the documents need to be impounded by the traffic department.