DTH TV bill will be so much cheaper From March 1

DTH TV bill will be so much cheaper From March 1

New TRAI rules will also lead to a reduction in the price of some TV channels and bouquets. 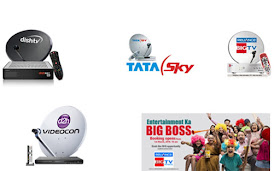 Following a rate revision by the Telecom Regulatory Authority of India (TRAI), all DTH and cable TV operators including Airtel DTH, Tata Sky, Dish TV, and Hathway will soon start offering more television channels at the base recharge pack of ₹130.

According to new TRAI rules, all operators are mandated to provide 200 channels for the base pack of ₹130 from March. As of now, the ₹130 base recharge pack gets you 100 channels, including free-to-air channels (FTA) and paid ones. You are allowed to choose both paid and FTA channels in the base pack channel list. However, for every paid channel that you add to the list, you have to pay extra.

If you want more than 200 channels, your DTH service provider will not be able to charge you more than ₹160 as base recharge price. Earlier, TRAI had a slab rate under which each slab of 25 channels (beyond the base pack) came for ₹20.

The government has made it mandatory for all operators to provide 24 channels of Doordarshan, one Lok Sabha channel and one Rajya Sabha channel to all DTH and cable TV subscribers.

Effectively, a subscriber will get 226 TV channels for a base recharge plan of ₹130. The new TRAI rules would result in cheaper DTH bills.

TRAI rules might also lead to a reduction in the cost of subscribing to a TV channel or a bouquet of channels. The sum of the a-la-carte rates of the pay channels forming part of a bouquet will not exceed one and a half times the rate of the bouquet of which such pay channels are a part.

The a-la-carte rates of each pay channel, forming part of a bouquet, will not exceed three times the average rate of a pay channel of the bouquet of which such pay channel is a part.

TRAI has also decided that only those channels which have an MRP of ₹12 or less can be part of the bouquet offered by broadcasters.

Those having more than one TV connection at home will also get benefited as DTH operators will not charge you more than 40% of the base recharge plan for every second and additional connection.
Tag : NEWS